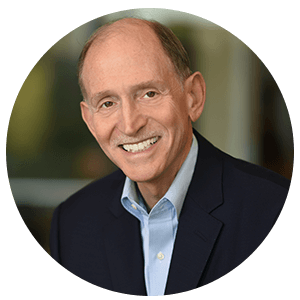 As a long time, Orange County resident and now retired Financial Planner, Bob has been giving back for over 25 years.

His non-profit experience started when he was asked to help the Orange County American Heart Association’s Planned Giving Council, which led to his eventually becoming the Board Chairman. When he stepped down, he realized there was no training for volunteer leaders and started the Non-Profit President’s Forum providing quarterly learning sessions for the Presidents and Chairs of local non-profits. This was eventually absorbed by what became OneOC today.

Bob was on the board of the Social Enterprise Institute and led a leadership forum helping non-profits run earned income programs. That group is now called the Academies for Social Enterprise.

He then became the Founding President of Advisors in Philanthropy after being recruited by a friend, that organization continues today as a key vehicle helping advisors to engage their clients in helping others.

In 2011 he saw a TV show about homeless veterans and started a personal journey that continues today. He went to the Orange County Community Foundation (OCCF) and asked what was happening with local veterans, only to learn they didn’t know! OCCF and Bob started inviting donors, veterans and non-profits serving them to meet and learn together, and OCCF eventually decided to make veterans one of their strategic initiatives. They’ve since helped form the OC Veterans Collaborative facilitating cooperation among the various veteran-serving non-profits, worked with the OC Real Estate Industry to raise funds for the non-profits, and will have distributed over $3,500,000 to veteran’s charities by the end of 2018.

When Bob retired in 2016, he decided to use some of his free time to more directly help veterans and joined the board of Strength in Support, the only organization in OC focused on providing mental health counseling to veterans and their families. SIS served over 1,000 people in 2017. He currently serves as Board President.

Volunteering has brought Bob tremendous personal satisfaction as well as helping OC become healthier and a more welcoming place for veterans and their families.