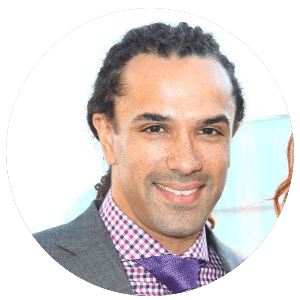 Raised by a single mother in the City of Anaheim, Brandon started his sales and marketing career working with one of the oldest automotive families in Orange County, The Hardin Family. From a Greeter position at the age of 16 while still attending Katella High School, he left as the Internet Sales Manager at 19 to pursue high line sales at House of Imports across the county. He later spent a few years dabbling in the mortgage arena until the housing market and fall of subprime lending.

What started off as a side gig since high school, assisting our Marketing Director with promotions of our small graphic design and print house soon shifted to a full time position at the turn of the recession in ’08. As the newly appointed VP of Development his full time responsibility was developing business for our newly relocated print production house in the City of Irvine. He immediately plugged into the local Irvine Chamber, Rotary Club, and was later named Emerging Professional of the Year a few years later.

Brandon then searched out executive club membership and became a member at the Center Club in Orange County. He jumped right in and was nominated to Chairman of the clubs young professional membership, dubbed C39, and has served on the Board of Governors ever since. He also was very instrumental in the founding of the clubs Community Affairs Committee led by Richard Ward whom assigns and donates grants to local charities each year on the behalf of the clubs members.

Since Moody had always benefitted from the mentorship at a young age provided by the Anaheim YMCA camping program, he knew he wanted to give back in large ways, the second time afforded itself. He immediately started volunteering with their Summer Camp program, was nominated to a Directing Staff position and later offered a position on the Board of Directors. Brandon enjoys volunteering in the community with his free time and was recently re-elected to the Board of Directors at Irvines prestigious community college, Irvine Valley College Foundation to ensure young adults have a college to call home, and scholarships to support them.

Brandon left the print shop last year to become a full time father, started his own consulting firm in the technology space, and still finds time to teach and coach as an Instructing Partner at Full Psycle, an indoor cycling studio in Mission Viejo. He also manages a diverse team of athletes for an Orange County based supplement brand, Inspired Nutraceuticals. Brandon now resides in Orange County with his beautiful wife Kristen, son Jayden, newborn daughter Jazmyn and their 2 dogs Rezin and Diezel.