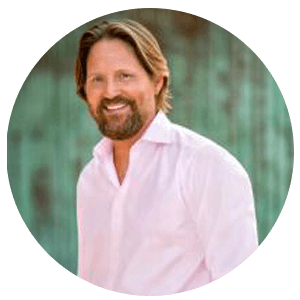 Charles Antis wants to live life for his purpose, which is to help ignite the passion for a personal cause in everyone. But he didn’t always feel that way. At age 19, a student at BYU in Utah, Charles went on a traditional Mormon mission to Thailand. Uncomfortable about pushing his family’s religion over Buddhism, he struggled to find fulfillment.

But one day, at a local orphanage, his life changed when a crippled 9-year-old gestured for him to pick her up. After holding her for a few minutes, Charles noticed that every time he started to put her down, the deeper she pushed her hands into his torso, as she did not want to be put down.

The more Charles held her, the deeper the feeling of connection, of purpose, grew in him. In the end, Charles held the child for more than 4 hours. He learned that day that helping others is the key to personal fulfillment. Charles returned from his mission and went into the business world, and started his own business, Antis Roofing, and Waterproofing in 1989.

He became quite proficient at fixing leaky roofs, and the word got around. He got a call from a family in need of help with a leaky roof. He drove out to find the home and noticed that not only was there mold in the home, there was mold in the old mattresses the family used. Conditions had gotten so bad because the family could not afford to repair their failing roof. Charles scraped together some roofing materials and fixed the roof for free. The experience led him to adopt his company’s mission, which is keeping families safe and dry.

It also led him to the Orange County chapter of Habitat for Humanity, which he began donating to in 2009. Since then, his firm has donated every roof for all Habitat for Humanity homes built in Orange County – some 70 homes. His motto has become, “the more we give the more grow”, and business has grown dramatically for Charles over the past decade.

He enjoyed this experience so much that he encouraged the National Roofing Contractors Association to adopt the Ronald McDonald Houses as their national charity partner, and the association’s nonprofit arm, The Roofing Alliance, is now ramping up to donate all roofing needs for the organization nationwide and in Canada.

At this point, Charles is driven by the goal of creating a better world to live in and believes the business world has a big role to play. He leverages his relationships with the U.S. Chamber of Commerce and others to show businesses that they must adopt responsible methods of participating in their communities if they want to survive, and to thrive. He fully believes that adopting a cause is how to best help all stakeholders in a business. As he puts it, “put purpose before profit”, which he sees as the source of doing good every day.

He also sits as a judge for the OCACG Awards (The Association for Corporate Growth Orange County chapter) and for the National Roofing Contractor’s Association Best of the Best Awards, which judge the best roofing professionals in the nation.

And while devoting so much of his time to corporate social responsibility, his business has never been better. He has attracted like-minded individuals to his company who share his passion, and it shows in the impact Antis Roofing and Waterproofing has on our community. Charles gets up every morning excited for what’s to come, and finding new ways to generously help others, to raise the bar on doing the right things, and to demonstrate to business leaders that this is the way to a more prosperous future.