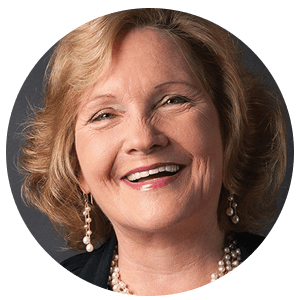 Je’net Kreitner has a great story of turning life’s harshest lessons into life’s greatest blessings. Shortly after a very poor relationship ended badly, Je’net and her young son we’re dropped on the side of the road with nowhere to go.  She and her son became part of the growing homeless population. After a hopeless six months of struggling to survive on the streets and bouncing from one motel to another, an angel entered her life.

A man she had met briefly saw something in Je’net as he visited with her, a goodness and potential that many overlooked because of her circumstances. After visiting with her only once, he offered to take both her and her son into his home. His faith in her and the help he offered them allowed Je’net to land back on her feet, and eventually he became her husband.

Je’net began her incredible journey to pay it forward at a monthly Homeless Outreach program offered at her church in Orange, California, as well as participating with the Gleaners Jail Ministry Program. But after the death of her mother she wanted to do more and began by taking a woman into her home that she had befriended at a bus stop. The woman lived with Je’net and her family for a few months until they were able to find an apartment and help her get back on her feet.

After that, the guest room in their home was constantly occupied with people who Je’net wanted to help. One day her husband remarked that there were more of these “guests” living in their house than family members. So, Je’net did the only thing that seemed to make sense, she, her husband, and her children moved out of the house and turned it into the very first shelter in 2004!

It was then that Grandma’s House of Hope was founded as an effort to give back to a community that aided her in rebuilding her life after she was homeless in 1991. The purpose of Grandma’s House of Hope is to “Empower the Invisible,” help women (and recently men, with the opening of Grandpa’s House) to recover, heal and move forward in their lives. In addition to Grandma’s House, Je’net also founded a healing house program for homeless women with cancer.

Providing a home to these women allows them to enter chemotherapy programs that are unavailable to those that cannot provide a house address, or other proof that they are not homeless. Other programs under Grandma’s House of Hope include a pregnancy shelter, housing for women with mental illnesses whose medications cause them to fail drug tests, and people with disabilities who are unable to work. In 2007, Grandma’s House of Hope officially became a nonprofit organization.

Je’net did not stop with just helping adults. Inspired by the haunting memory of her own child’s hunger when they were homeless, Je’Net founded the Nana’s Kidz Program. This program provides meals to children who live in motels over the weekend and during the summer when they cannot receive a meal from school programs.

She also started the Hope Works Education and Enrichment Center, which is an after-school program for high risk kids in low-income neighborhoods. This program keeps children off the streets and out of gangs in an area with high rates of gang activity. Through her various programs they have rescued and restored over 2,000 women, served over 2 million meals, and reached over 20,000 families.