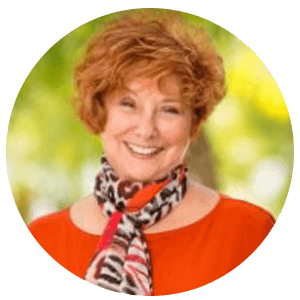 In 1990, Jerri Rosen was President of J.L. Rosen & Company, blending 25+ years of marketing communications experience in developing results-oriented planned giving and development programs for nonprofit organizations. At the same time that she started her own ad agency, Jerri and five friends found themselves disturbed by the growing statistics of domestic violence. The group set out on a mission to help.

With the intention of hosting a onetime only event, they held the first ever “Day of Self-Esteem™,” which served 67 women from six shelters. The event became the launching pad for Working Wardrobes. In 1995, the organization received official nonprofit status and in 2000 Jerri was hired on as the Executive Director.

Today, Jerri is the CEO and Founder of an organization that helps over 5,000 men, women, veterans and young adults each year re-enter the workforce with career development services and professional wardrobing. In 2012, the work expanded with the addition of VetNet, a safety net for veterans, who are offered full wraparound services to transition into the civilian workforce.

Now, in its 27th year, Working Wardrobes has served nearly 90,000 clients in Orange, Los Angeles, Riverside, and San Diego counties in partnership with 50 local shelters and social service agencies. In a nod to Jerri’s entrepreneurial spirit, Working Wardrobes operates many successful social enterprises including two upscale resale boutiques and five resale shops, which account for more than 45% of the organization’s budget.

For her ongoing dedication to the community, Jerri has been recognized by civic leaders, government officials, and organizations at the national, state and community levels. As the host of an award-winning cable TV show about Working Wardrobes, Jerri continues to leverage her expertise in advertising, sales, marketing, and public relations. She is an effective and entertaining presenter and she speaks to many corporate and community groups in her ongoing effort to build the awareness of the Working Wardrobes mission in our community.