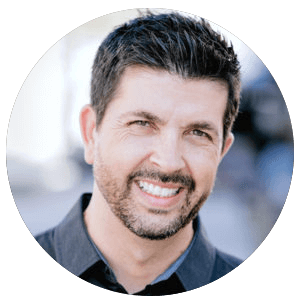 John Guastaferro, CFRE, is an award-winning marketing executive, nonprofit leader, and professional magician! That’s right, beyond John’s career as the Executive Director of the Anaheim Community Foundation and his leadership with several philanthropic organizations, John is an internationally acclaimed author and magician. He has lectured and performed across nine countries and can often be seen headlining at the world-famous Magic Castle in Hollywood.

Each day, John focuses on making the impossible… possible. When John connects a donor to make a difference in a child’s life, it is a magical moment. Likewise, when John brings smiles to audiences as a magician, it is also very magical. It is this viewpoint that has guided John on a path of success with purpose.

”Whether I’m building brands, advancing causes, or sharing the power of magic with others, it is my overarching mission to connect people to extraordinary moments.”

With experience in both magic and business, John has emerged as a sought-out keynote speaker and facilitator. He combines showmanship with leadership to captivate audiences in his keynotes, board retreats, and team trainings. John focuses on helping organizations spark magic in three core areas for success—team, brand, and cause.

As an only child raised by a single mom, John was naturally drawn to art, magic, and music growing up. John’s upbringing also shaped him to be an empathetic leader. Before his role as Executive Director for the Anaheim Community Foundation, John spent 18 years on the executive team for the Anaheim Family YMCA. While there, John elevated branding and led the way to raise over $5 million in grants and contributed support. In recognition of his work, John received four national philanthropic communication awards from the North American YMCA Development Organization.

John is very involved as a philanthropic leader in Orange County. In 2016, he received his Certified Fundraising Executive credential. He is a board member with Anaheim Community Foundation and Orange County Advisors in Philanthropy. He has also advanced the work of numerous nonprofit organizations as a Preferred Training Specialist with OneOC.

When it comes to fundraising, John has a mantra: “Stewardship is the goal— fundraising is the outcome.” Isn’t this so true? Relationships are pinnacle to philanthropy. When done right, it inspires action, mutual respect, and shared purpose.

John recalls a time earlier this year when someone introduced him as a “philanthropist.” It admittedly caught him off guard. John never considered himself to hold such a noble title. He has always viewed his role more as connecting with philanthropists—not actually being one. This inspired John to find this wonderful definition of philanthropy at Fidelity Charitable:

“A philanthropist is a person who donates time, money, skills or talent to help create a better world. Anyone can be a philanthropist, regardless of status or net worth.”

This opened John’s eyes to what it truly means to be a philanthropist. For any of us who give of our time, skill, experience, or resources to create a better world, we can all stand proudly as philanthropists.

“We are not defined by titles,” John states. “The next time someone asks what you do for a living, try answering without a job title or company name. Focus on the benefit you bring to the world. It’s a powerful and enlightening way to uncover the true magic you create.”

Perhaps John’s greatest trick is finding time to be so involved in the community. Beyond John’s daytime job, he rarely says no to helping fellow nonprofits and service organizations. He also travels the world to lecture and perform magic. Above all, he is a family man, very active with his wife and two daughters. And he looks after his mom who lives nearby.

“There comes a time when the more you do, the easier and more powerful things become,” John adds. “I love finding synergy and uncommon connections in all that I do. I often draw from my experience as a magician to help wow donors; or enrich my role as a dad by instilling the importance of giving back.”

John frames his approach to both business and magic through a “one degree” lens. In 2010, John authored the book One Degree, giving salient examples of how small, pivotal refinements can lead to extraordinary impact. One Degree has gone on to sell internationally, currently available in four languages.

To learn more about John’s outlook on connecting people to the extraordinary, visit www.OneDegreeConnect.com