First, I was curious. Then I was inspired. 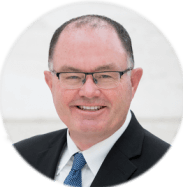 My daughter had married a young man, an officer in the US Marine Corp., based in Camp Lejeune, North Carolina. Way over there on the other side of the Country. I had discovered that my hometown, the City of Rancho Santa Margarita, had “adopted” an infantry battalion, the 2nd Battalion, 5th Marines (the “2/5”), which is based at Camp Pendleton, California. And I learned of an organization, Operation Help-a-Hero, doing some wonderful things to support the Marines. I was curious because I had no idea what my daughter’s life might evolve, married to an officer in the Marine Corp. Curious in that way a father should be. So I reached out to the group’s leader, Cindy Farnum, and asked how I could help. Cindy Farnum had been my son’s teacher in Elementary School and, by the way, was married to a Marine who had served as Commanding Officer of the 2/5. Cindy’s response was simple and effective. Come on down to Camp Pendleton, she said – the 2/5 is coming home. Tonight.

So I drove down to Camp Pendleton, curious, and worked with the OHH volunteers to entertain and feed the families on the Parade Deck waiting, for a few hours, for those white busses to arrive. The Marines of the 2/5 were coming home. From Afghanistan. Where they had been for about 10 months. In combat.  Some of the Marines of the 2/5 did not make it home from this deployment, having given the ultimate sacrifice on foreign soil. Others made it home, but not in one piece.  The busses did arrive, after midnight. And when the Marines got off the busses and were dismissed by their company commanders, they quickly separated into two groups. Some were embraced with hugs and kisses of wives or girlfriends, with proud and relieved smiles of their mothers, fathers, kids, friends, and family.  A homecoming to remember. The others, the single Marines, without family or friends on the Parade Deck, quickly made their way to the barracks.  Because that was where they had a bed.

Now, no story involving the 2/5 is complete without mentioning two things. First, that the 2nd Battalion, 5th Marines is the most decorated infantry battalion in the history of the U.S. Marine Corp. Second, that the 2/5’s motto, “Retreat, Hell!”, comes from the French trenches of World War I, when a Marine officer was advised by a French officer to retreat. His reply? “Retreat? Hell, we just got here!”

So there I was, on a Parade Deck at Camp Pendleton after midnight, greeting Marines, shaking their hands, welcoming them home, when I tried to engage in conversation with a young Marine. After introducing myself, welcoming him home, and explaining I was here as a volunteer from the City of Rancho Santa Margarita, the young Marine had a question. A simple question, really. But in the circumstances, an extraordinary request. After 10 months or so of combat in Afghanistan, with a heavy rucksack on his back, eager to get to the barracks, the Marine had a question. He asked if he could bring a few of his buddies up to Rancho Santa Margarita. To do some community service. A project. Anything. Something to serve our community.

This, this is what a combat-fatigued Marine had on his mind in that instant, and he was serious about it. It occurred to me right then, right there, that the Marines know a thing or two about service. And that all of us can learn a thing or two about serving with honor, courage, and commitment. Like they do. So in that instant, I was inspired. Inspired to do something. To do more. It really didn’t matter what it was, as long as it was supporting. That I could find some more time, some more energy, some more desire, to provide support to the Marines and families of the 2nd Battalion, 5th Marines.

Team 2/5 RSM was established in 2013 as a non-profit organization in Rancho Santa Margarita to provide support to the Marines and families of the 2/5 and to enhance the City’s adoptive relationship with the 2/5.

Mike, his wife Debbie, and a small group of Team2/5 RSM volunteers have provided support to the Marines and families of the 2/5 now for over seven years.  We provide volunteers for the 2/5’s Family Readiness Team at events and programs on base at Camp Pendleton, at homecoming ceremonies, deployments, holiday parties, family days, and the like. And we bring Marines into RSM to engage in our community’s events, including Patriot Day and Summer Concerts in the Park, where they can interact with residents of their adoptive hometown. Among the most rewarding elements of my work with the 2/5 is the Unit’s annual holiday party. Most of the time, the party is held when the Marines are deployed overseas in some far corner of the planet. The 2/5’s Family Readiness Team has invited me to play (rather, be) Santa Claus for the last six years at the unit’s annual holiday party. The kids, as resilient and proud as their parents in their service, believe.  They always do.

Mike is a partner with Taylor English Duma LLP, a law firm in Los Angeles, CA, where his practice is focused on corporate transactions. He served on the Rancho Santa Margarita City Council from 2014 to 2018, and served as the City’s Mayor in 2018, and continues to serve his community in other organizations, including the RSM Chamber of Commerce and the Board of Directors of his homeowner’s association.