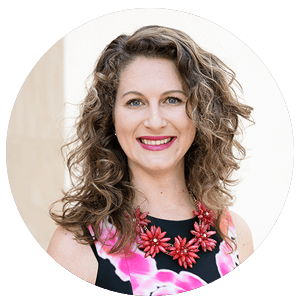 Michelle Wulfestieg had her first stroke when she was eleven years old, which led to the diagnosis of a rare vascular brain lesion, known as an Arteriovenous Malformation (AVM), or a tangle of blood vessels and arteries. With no other options, she underwent two very intense forms of radiation, which caused permanent paralysis to the right side of her body. She had to learn how to do everything with her left hand as she mourned the loss of all the activities she used to be able to do – running, playing sports, and just being a kid.

The plan was to have a third radiation treatment, but the doctors thought it would cause more damage than good. Her family explored all the options, but in every scenario, the risks outweighed the benefits, and if they opted for traditional surgery, the doctors said she probably wouldn’t survive the operation. So, at the age of fourteen, she made the decision to live every day to the fullest knowing that she had a limited life expectancy.

In high school, she tried out for volleyball and actually made the team. Skipping her way around the court to get the ball, Michelle even learned to serve with one hand. During college, she traveled the world where she climbed the Great Wall of China, saw the Taj Mahal, and went on safari in Africa.

It seemed she had outwitted her short life sentence. Then, on January 4, 2008, Michelle suffered a second devastating stroke. This time it nearly took her life as she slipped into a deep coma. The doctors didn’t have much hope. They had no choice but to surgically remove the lesion that was lodged deep inside her brain. Her family was told that she may never wake up and if she did, she would not be able to walk, talk or see.

For eight days her family waited. To the world, Michelle was unresponsive, trapped by an unyielding coma. But what they didn’t see is that her spirit had been transported to a place of prayers, surrounded by God’s light. The experience brought her an overwhelming sense of peace, giving her a comfort she had never known.

And then the miracle of healing that she had been praying for all her life happened. Michelle awoke – free from the lesion that had threatened to end her life. Through this experience, she learned that living and dying are closely intertwined, and that sometimes, we have to face our own mortality before we can appreciate just how precious each moment is, because in the end, all we have is today.

Now recovered, but still physically disabled, she is the Executive Director of the Southern California Hospice Foundation, (SCHF) a non-profit organization dedicated to enhancing the lives of terminally ill patients and their families. For those who are struggling financially, food is provided and overdue bills are paid. Homeless patients are clothed and treated with dignity. Veterans are honored and given a final salute. Families are reunited to say their goodbyes. Children and adults alike are granted their last wish. And grieving families gain support from our frequent bereavement workshops.

Michelle recently launched a capital campaign to create a loving home for the last stage, a place that will be funded entirely by philanthropic dollars. A place where not a single person will be turned away due to lack of funds. A place where dignity and compassion reigns.

Today, Michelle hopes to be an inspiration to those who are struggling. Her greatest wish for you is that you’ll find your true purpose, using the gifts you were given to change a life, to make a difference, to do good, to be all that you can be.

You can learn more about Michelle’s remarkable story in her award-winning memoir, “All We Have is Today” or become involved of the mission of hospice by visiting www.socalhospicefoundation.org