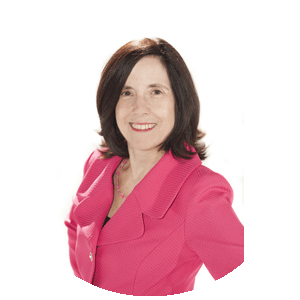 Sue Koch spent most of her career in the Engineering and Construction industry. Her career chose her more than she chose it. Sue started out as a data entry processor, knowing from the beginning that she wanted to learn, grow, and become something more. She just didn’t have a clue about who that might be.

Sue was ambitious enough to jump at new opportunities. She was primarily motivated by the desire to make more money than most women were able to make in those days. Eventually, she progressed to a Project Management position. In the beginning, Sue was attracted by making good money, and by the opportunity to work on a variety of projects, to travel around, and to live in different places.

But after years of doing that, the glamour wore off. All she wanted to do was stay in one place. Sue had grown weary of fighting the “good ol’ boy” culture prevalent in the Engineering and Construction industry. Having to prove herself over and over again on each new project became exhausting.

Sue often toyed with the idea of making a career transition. It seemed like an impossible dream, and yet every time she heard from someone who had left the company declare that it was the best thing they ever did, she yearned for the courage to go. One should be careful about what one wishes for. As John Lennon said, life is what happens when we are busy making other plans.

One day, seemingly out of the blue, the unthinkable happened. Sue was “invited” to take “early retirement.” Her dream of making a career change suddenly felt like a nightmare. It felt like her safe and comfortable life was being demolished with no new life to move into. What the heck was she supposed to do now?

Looking back, Sue believes the Universe puts events in motion for our personal evolution even before we are consciously aware that a life or career transition is necessary. She would likely never have made such a daunting move on her own.

As awful and intimidating as it feels, there’s a lot to be said about having no choice. Sue’s layoff forced her to do a ton of soul searching to discover what she wanted to do next. Sue had plenty of time for that since her layoff occurred a few months after September 11th when no one was hiring. By taking her time, and with the support of friends and colleagues, Sue discovered something that made a huge difference. She discovered her purpose – to playfully and passionately celebrate life.

Sue’s purpose is her guiding light. It guided her to launch her business as a Career and Life Design Coach. She was driven by a desire to help people who found themselves in a similar position of having a ton of skills and the desire to stay engaged at any age, but who have been tossed aside, mostly because they are no longer young.

Sue calls it designing your Sexy Second Act, which to her means inventing a lifestyle that inspires, fulfills and rewards you. Her purpose guided Sue to write the book, “Sexy Second Act: Remodel Your Life with Passion, Purpose, and a Paycheck®”. Publishing her book fulfilled a lifelong dream of becoming an author. Sue’s intention is to encourage others to playfully and passionately go for their dreams at any age or any stage.

Purpose becomes an organizing principle around which you will find that making life decisions becomes simple. You get a clear view of how to make better choices. You learn to eliminate the urgent for the important. These days, Sue finds that even when she is scared, she is excited to keep going. Sue no longer worries about money; she’s doing fine making less. She’s no longer tired. Instead, Sue feels invigorated and fulfilled.

Sue won’t pretend that following your purpose is the easiest path. She doesn’t believe it’s supposed to be, because if it’s always easy, you aren’t growing. But for her, despite the challenges, it continues to be a fun and rewarding path.

Nowadays, Sue provides coaching and mentoring services to those looking to transition into a more purpose driven life as she runs her firm, 3 Squares Coaching and Consulting. She has also been involved Women’s Sage helping women find their new futures.