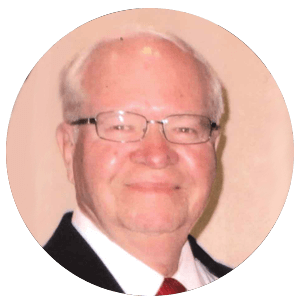 Describing my volunteer involvements, I am now aware that It started with lunch at the Center Club. Richard and I serve on an advisory council together and he suggested we get together and learn a little more about each other. After a fascinating few hours swapping background stories and past endeavors, Richard told me about “Success with Purpose” and asked me to tell my story… and here it is.

After reaching the ripe old age of 75, I truly feel as though my life has been separated into two distinct areas, or if you will, careers. Like most of us, I spent about 45 years in the for-profit, “let`s make it for me” world. That world came crashing down when my wife experienced total kidney failure and was forced to go on dialysis. We decided than hemodialysis at home was her best option, and prepared to change our lifestyle. I retired from the for-profit world that consumed many 12 hour days and six-day weeks and traded for three months of dialysis technician training that would allow Sharon to have daily treatments at home as opposed to the hospital. And so it began. A new routine that meant I would be home every day at 2:00 PM to set up and prepare, then three hours of dialysis, then fix dinner and done by 7:00 PM. A completely new and different schedule for me, and a different life for the two of us. After several months of adapting, I became bored with free mornings and needed something to do, and thus came…. volunteering.

I call it my second career. Working for others without compensation in dollars instead of for myself. It began with volunteering at our local police department. I could go in at 8:00, be done by 12:00, and it fit the new schedule perfectly. And then I started experiencing the pure joy of doing for others. What a magnificent feeling, and unlike what I had done before. The two days a week at the police department soon expanded to meeting other volunteers and becoming part of the volunteer community. Other opportunities kept coming up, including Board of Director seats, advisory council positions, and additional work in the non-profit sector. And it was all morning work, and fit me perfectly.

And then it happened. May 2014, my wife passed away from pancreatic cancer. Not only was I devastated, but my entire routine was thrown into complete upheaval. No more dialysis treatments, no more being home by 2:00. All of a sudden my whole day opened up, and with that the opportunity to do more. Don’t get me wrong. I can sit at home and stare at a wall with the best of them, and there are days that that’s what I do. But most days I am out volunteering. I became involved with OneOC, whose mission is to assist and educate non-profits in Orange County. While serving as the lead volunteer in their disaster preparedness program we were able to establish a cadre of volunteers trained in various aspects of readiness in the event of a natural or man made disaster. One of the most important and satisfying opportunities was to become involved with the Encore program, wherein skilled senior volunteers are placed with various non-profit organizations to use their skills for the benefit of those who need them most. Proving again that there is life, and meaningful life, after retirement. This is where I met Richard, a very like minded individual that feels better giving than taking.

Another area that I have found very satisfying is philanthropy. After the passing of my wife Sharon, I established a memorial foundation for the benefit of St. Joseph hospital, and we currently hold several fund raising events each year to raise funds. One of my favorite fund raising activities I must credit my sons with coming up with. Every year, around their birthdays, they send out an email to all of their friends and contacts stating that this year, instead of giving me a birthday present, please donate to my mother`s memorial foundation. It must be said that, at their age, none of their friends have ever given them a birthday present, but this simple message routinely raises several thousands of dollars.

And so there it is. My second, or Encore career, is as a volunteer. I consider my self to be a “project oriented” volunteer. In that, I mean most of my activities are centered around a defined project with expected goals and deliverables, and with a roughly defined time line.

I still volunteer with the Orange Police Department, as well as OneOC, our local CERT organization, and the Red Cross. I still maintain a seat on one Board of Directors, as well as serving on several advisory councils. It keeps me busy, it keeps me active, and it keeps me sane. I, as have many others, have learned that the second career is often the most rewarding.